Filming for the hit show The Crown continued today around Covesea Lighthouse near Lossiemouth.

Imelda Staunton, who's taken over the role of the Queen, shot several scenes on the beach below.

Meanwhile, the actress and actor believed to be portraying Princess Anne and her husband Timothy Lawrence, were also on hand.

'Anne' is thought to have also been filmed inside Covesea Lighthouse.

In real life the Princess is known to be a fan of lighthouses and has visited almost every one around the British coast.

Filming for series five of the award-winning Netflix show also took place just along the North-East coast in Macduff yesterday.

The new series will concentrate on events in the 1990s, including the death of Diana, the Princess of Wales.

Imelda Staunton is taking over her role from Olivia Coleman and Claire Foy, who both played younger versions of the Queen. 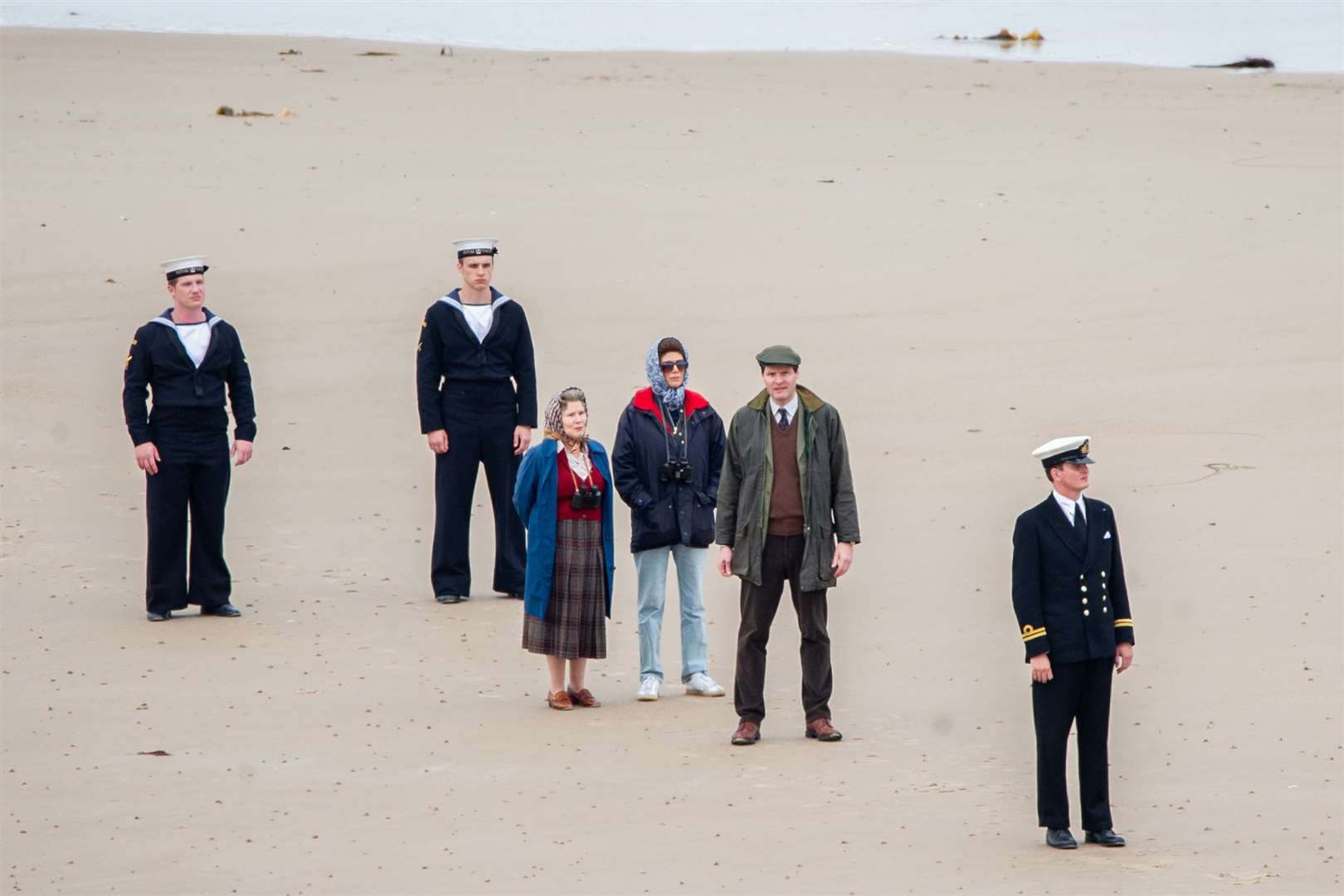 Not all of the new cast members' names have been made public yet.

But amongst those that have is the former Trainspotting star Jonny Lee Miller, who will portray Prime Minister John Major.

Veteran actor Jonathan Price has been cast as the older Prince Philip.

Meanwhile, Dominic West, who first came to prominence in The Wire, will be Prince Charles.