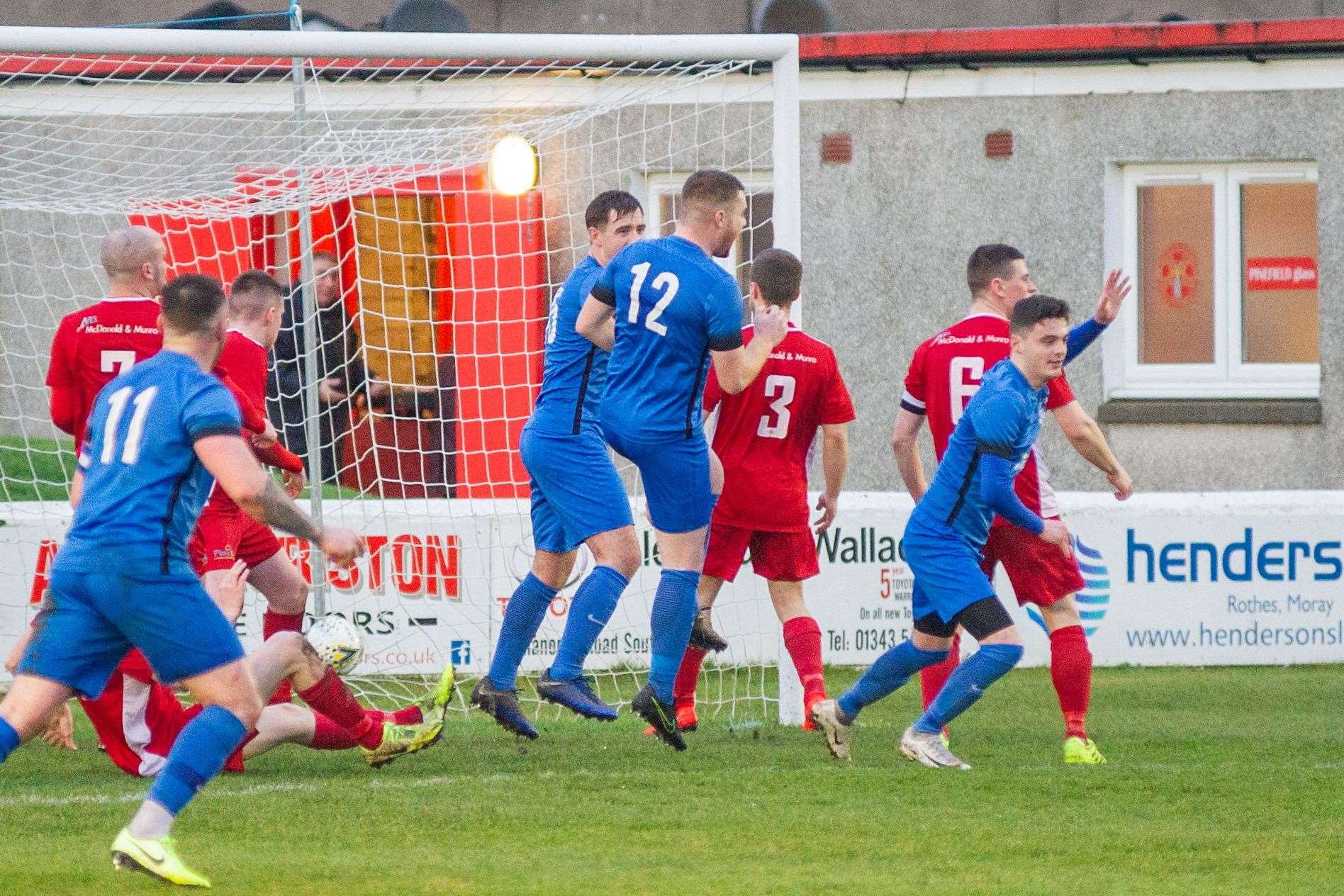 STRATHSPEY Thistle won on the road for the first time in more than a year with victory at Lossiemouth.

The last time the Jags tasted success in an away game, prior to Saturday's fixture, was at Rothes on December 1, 2018.

However, goals from Liam Taylor and Chris Innes gave the Grantown side a long-awaited triumph at Grant Park.

It was the third time this season the Jags have beaten Lossiemouth, following home victories in the Highland League and Scottish Cup.

The three points move Thistle into 12th place, ahead of Saturday's fixture against Nairn at Seafield Park.

Strathspey manager Gordy Nicolson admitted his side were not at their best on Saturday.

But he was delighted they had followed-up the 2-0 home victory over Forres with another win.

He said: "We really wanted to keep the momentum going after the win against Forres.

"We never played as well as I would have liked and we didn't play at the tempo we wanted. We have lost games when playing better than we did on Saturday. But it was pleasing to win the points."

Lossiemouth started brightly and Jags keeper Michael MacCallum had to save shots from Fraser Forbes and Brodie Allen.

However, it was Thistle who took the lead, in the 28th minute, when Taylor headed the ball high into the net following a corner from Stephen Rennie.

Early in the second half, the lively Allen flashed a shot just wide.

The Jags then extended their advantage on the hour mark, after a free-kick from Ross Naismith was only cleared to the edge of the Lossie penalty area. Innes met the ball on the volley and clinically dispatched a shot past Coasters keeper Stewart Black for 2-0.

The Jags were determined to emerge from the game with a rare clean sheet and MacCallum produced another good save late on to block an effort from Ross Elliott.

It was the first match since the 3-0 victory over Lossie in the reverse fixture at the end of August, last year, that Thistle had got through 90 minutes without conceding a goal.