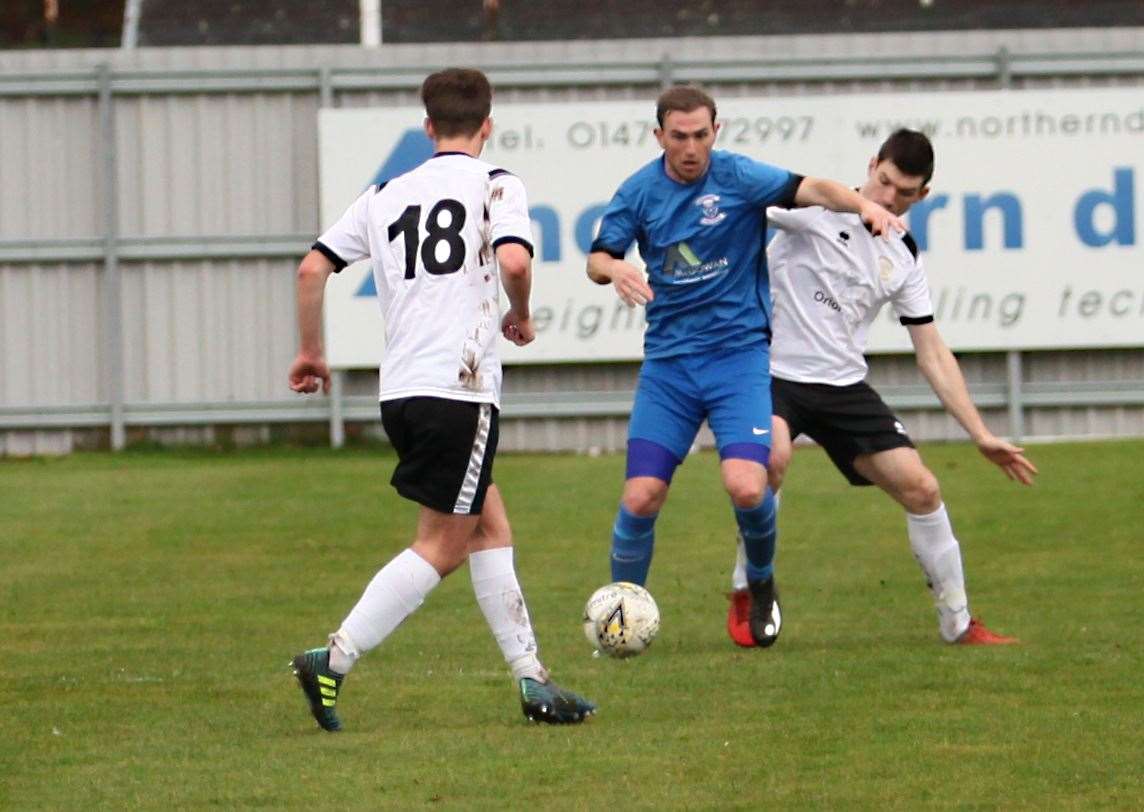 STRATHSPEY Thistle boss Gordy Nicolson reckons his side passed a big test of character with their win over Clach.

The Jags went into Saturday's Highland League Cup preliminary round tie on the back of a 7-1 hammering by mid-table Keith.

Five losses in a row meant that the Grantown side was in need of a morale boosting result.

But they were faced with an uphill task at the town's Seafield Park after Clach took the lead early on.

However, Strathspey recovered well from the loss of the opening goal to set-up a first-round tie home to Forres on November 16.

Nicolson said afterwards: "It was a good result, especially given our previous one.

"We handed Clach the initiative by conceding the first goal but we responded well to go in 2-1 up at half-time. In the second half we were in control and unlucky not to score more.

"It is pleasing to be in the next round – to put on a good performance and score four goals. We had gone five games without a win although it's not as if we were blown away in most of them.

"The Keith result was a massive disappointment. We didn’t do enough in that game.

When we lost the early goal against Clach, I'm sure there were people thinking here we go again. But we were resolute.

"I am happy with the team. We have good players with good character.

"We want to be in the later rounds of the cups."

Clach broke the deadlock through a penalty from Michael Finnis, before the Jags equalised with a well-taken goal.

Liam Taylor's run was met with an accurate pass and the striker produced a fine finish to restore parity. The Jags took a slender lead into the interval thanks to a successful spot-kick from James McShane.

Thistle then produced a strong second-half showing where they could well have increased their winning advantage.

Their first goal after the break came from a close-range strike by Craig Macmillan, before James Fraser rounded-off an encouraging team performance with a good finish.

Strathspey were due to be back in Highland League action last night with a trip to Wick, but the match was called off.

Thistle will be at home again on Saturday when this time it is the turn of seventh placed Formartine United to come calling at Seafield Park.

Their weekend game away to Brora Rangers was postponed due to a waterlogged pitch.