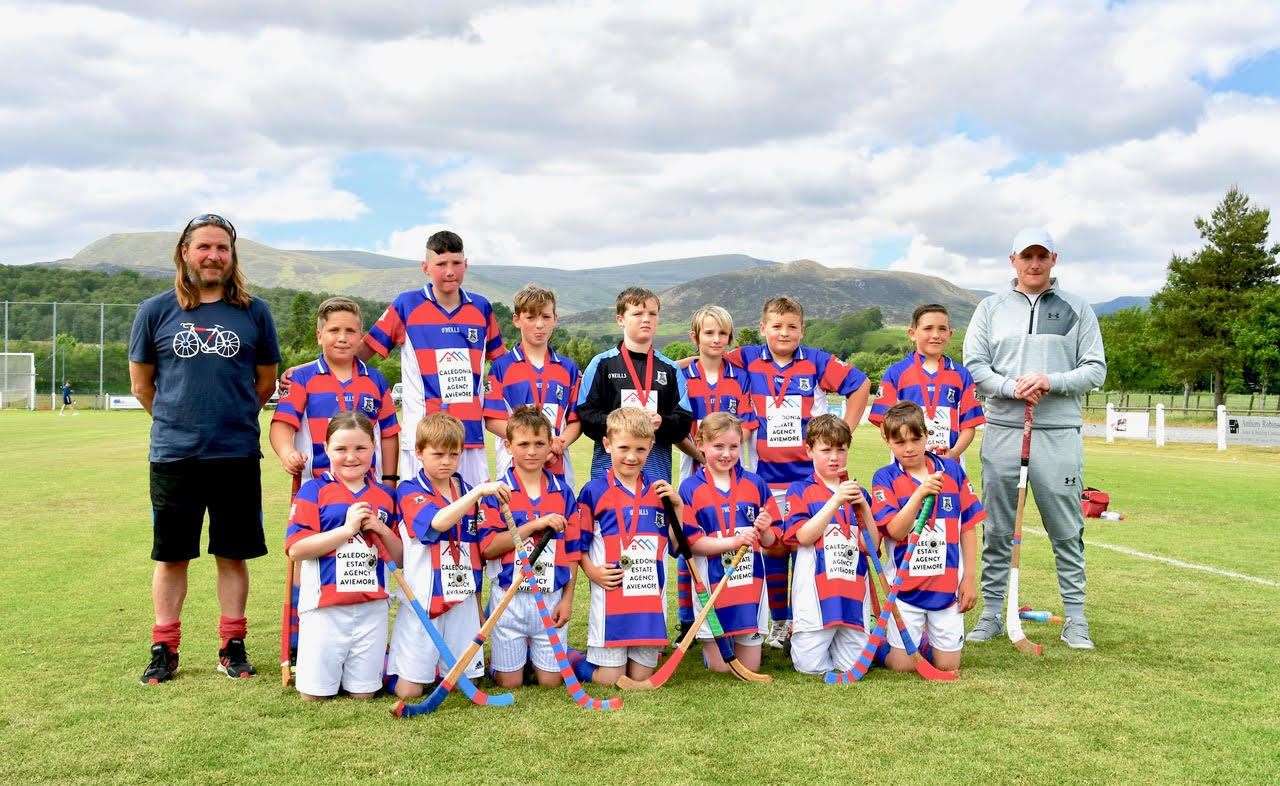 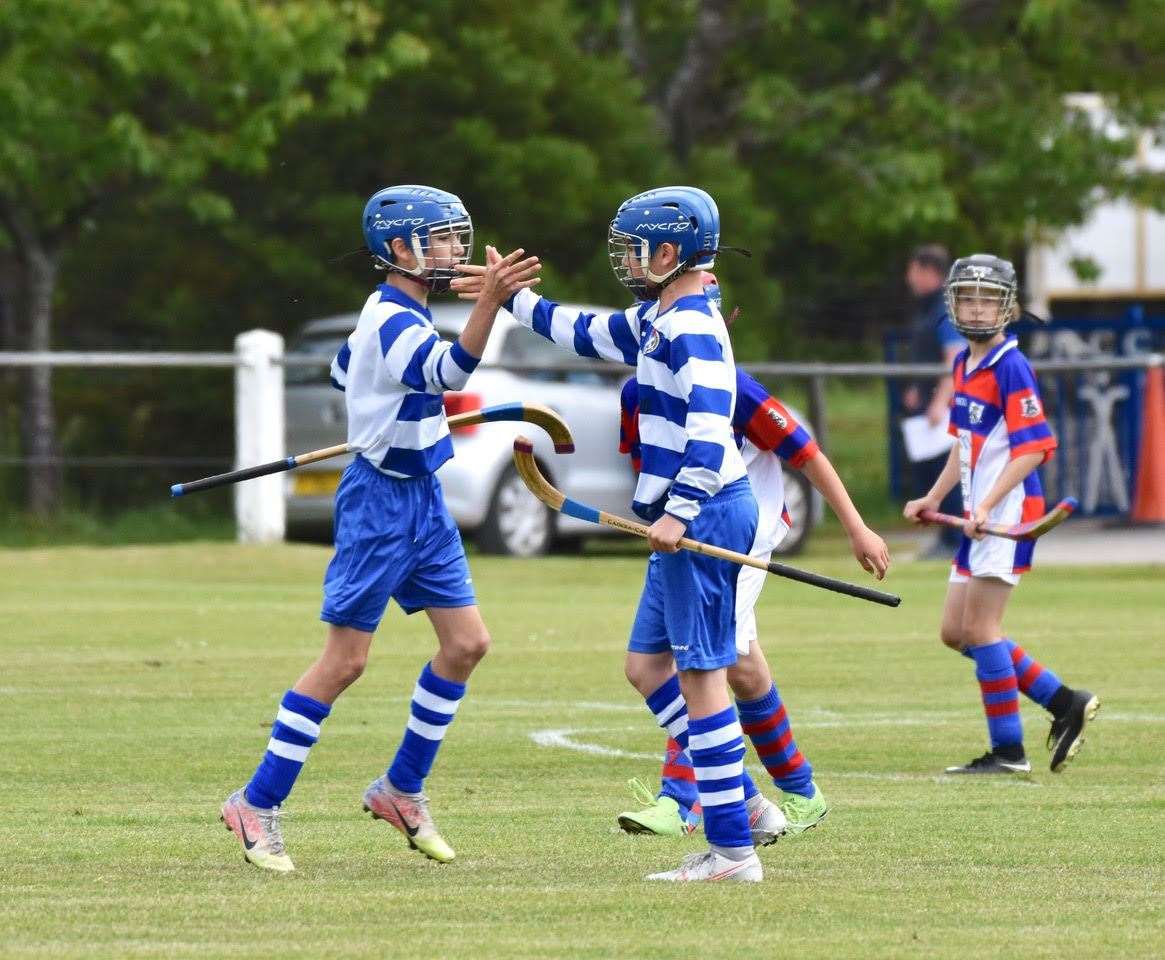 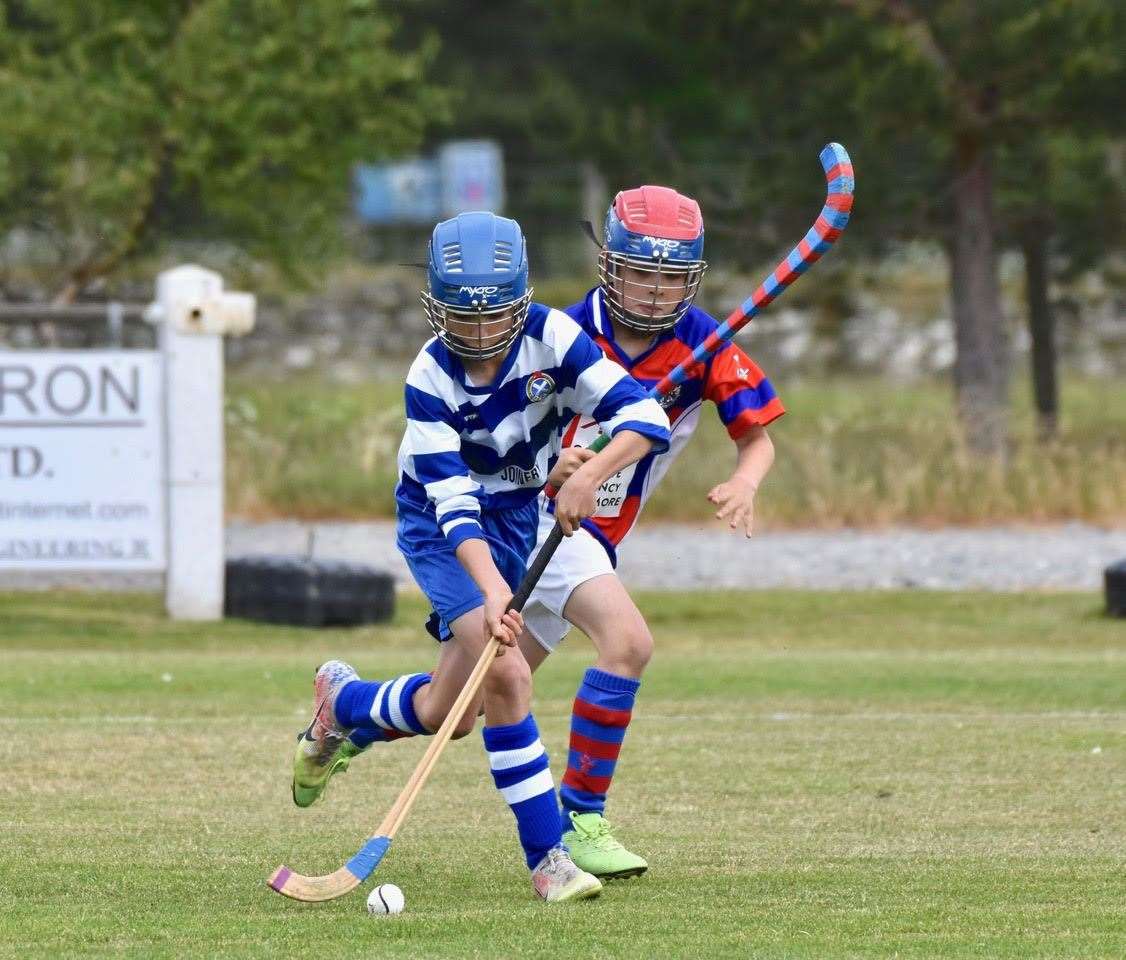 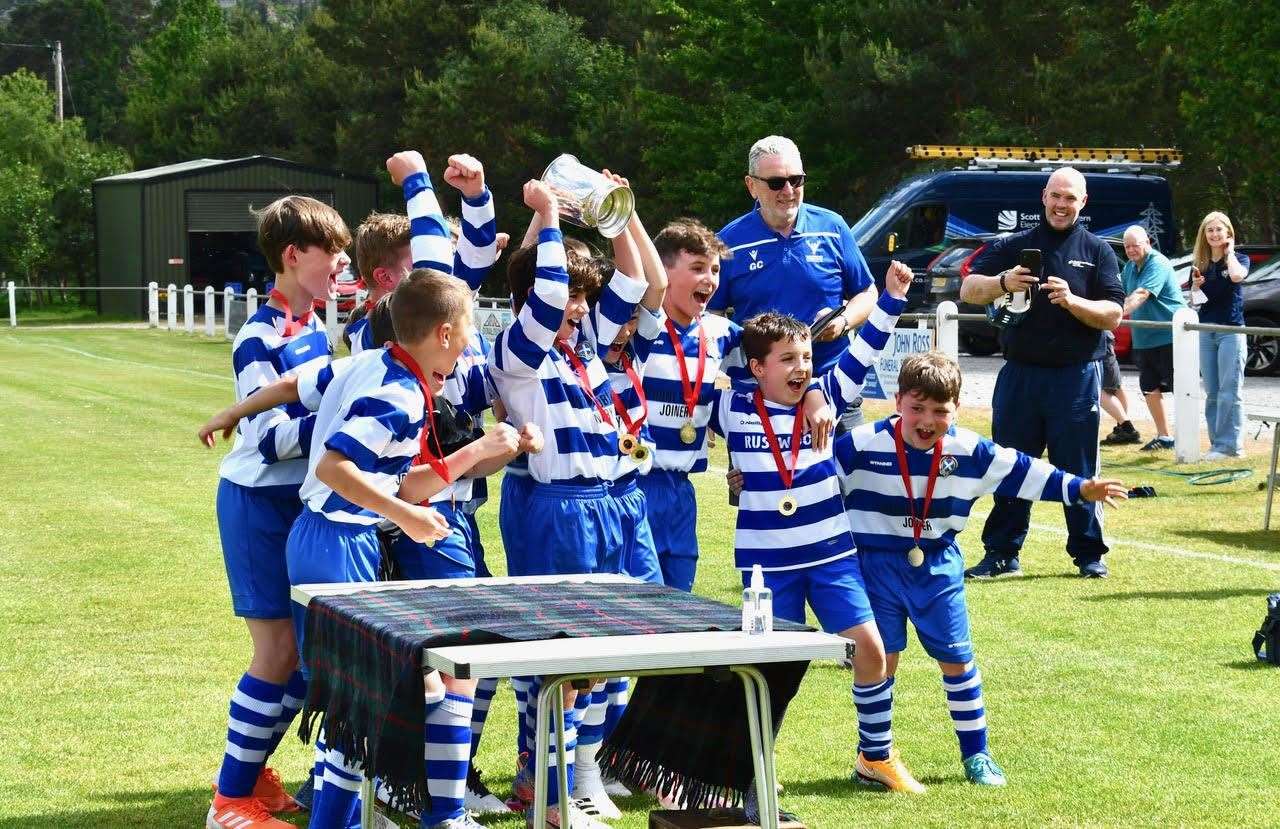 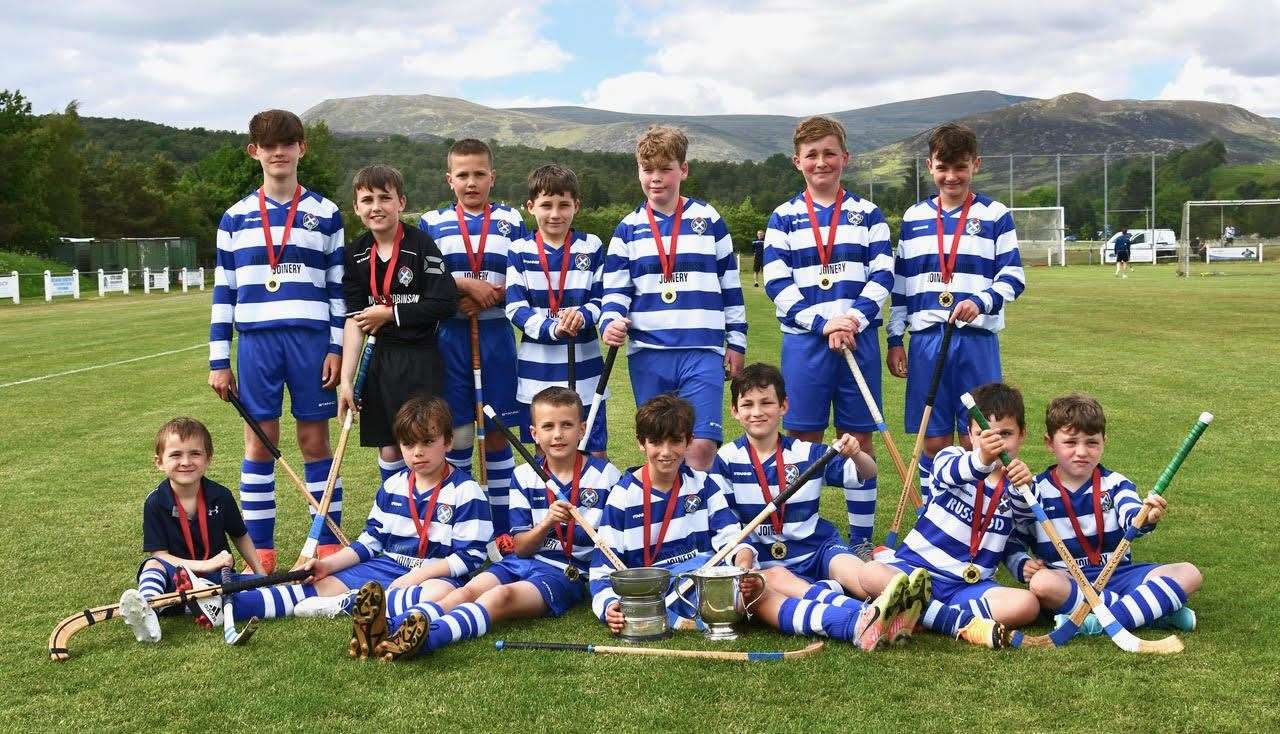 Newtonmore Primary School have lifted shinty’s coveted MacKay Cup with a 9-2 victory over neighbours Kingussie at the Eilan.

This national competition was played 10 a side, and was a great coup for Badenoch to have both sides contesting the final.

Josh Stewart opened the scoring in the fourth minutes and James Coyle made it 2-0 just a minute later.

Full-centre Coyle was instrumental in both goals, and he was to play a key role as the match unfolded.

Coyle burst forward again on 12 minutes before slotting the ball into the corner of the net and he got his second to make it 4-0 a couple of minutes later.

Kingussie rallied though, with Kyle Mutch on 23 minutes and Josh Paterson on 31 minutes cutting the deficit to 4-2.

But Coyle added two more goals on 32 and 40 minutes.

Josh Stewart turned home rebounds on 42 and 51 minutes, while James Coyle completed the scoring with a great strike on 66 minutes before referee Andy MacLean brought the final to an end.

The Camanachd Association hosted the final and there was an after-match reception for both squads in Newtonmore’s Balavil Hotel.

The winning squad is coached by Peter Ross, and the celebrations afterwards included a trailer ride through their home village – a memory the young players will not forget, with the whole village coming out to salute their victory.

This is believed to be the first time Kingussie and Newtonmore have met in the MacKay Cup Final, quite an achievement for two small schools situated so close together.

It is also Newtonmore’s first MacKay Cup success since 2004.