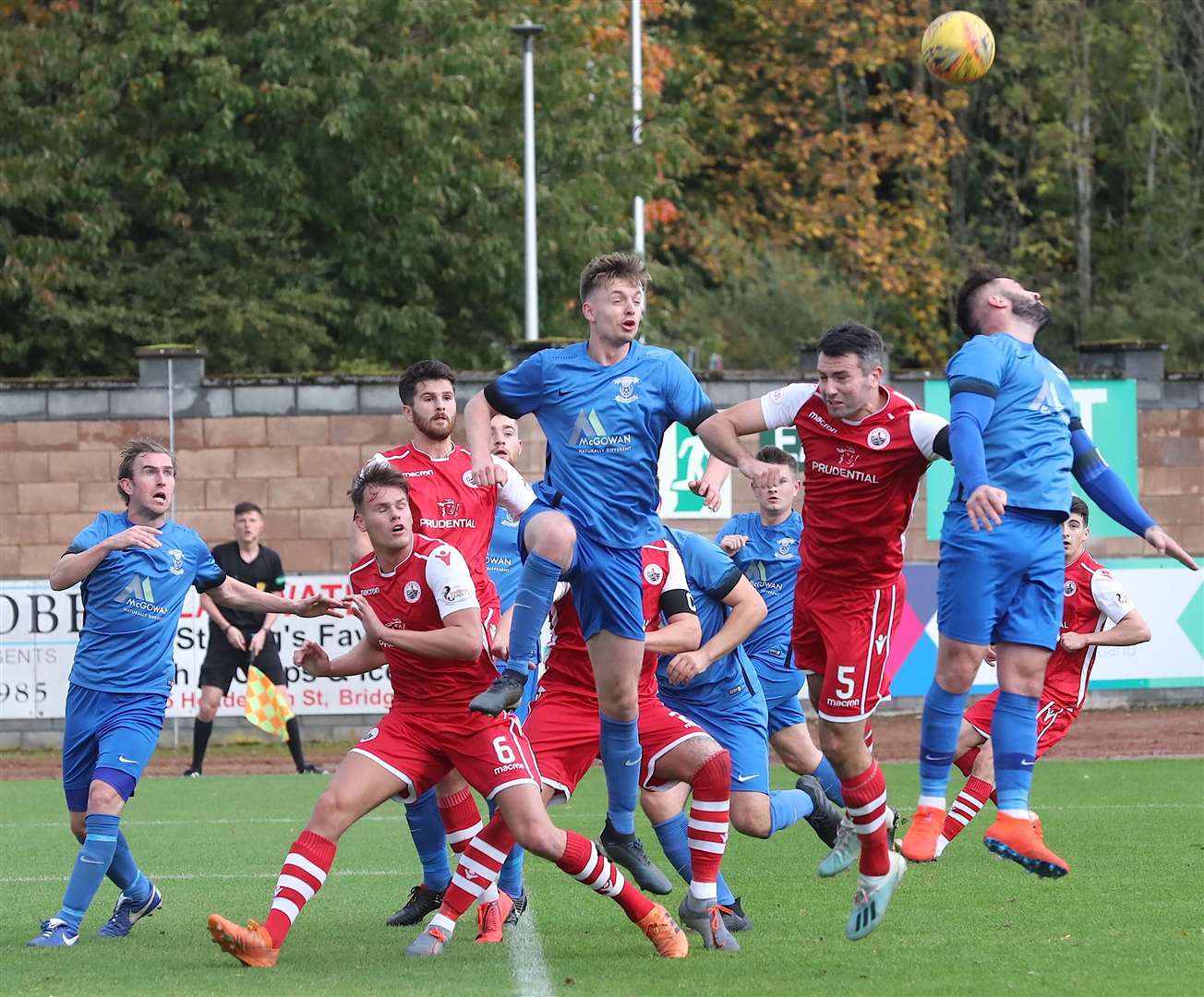 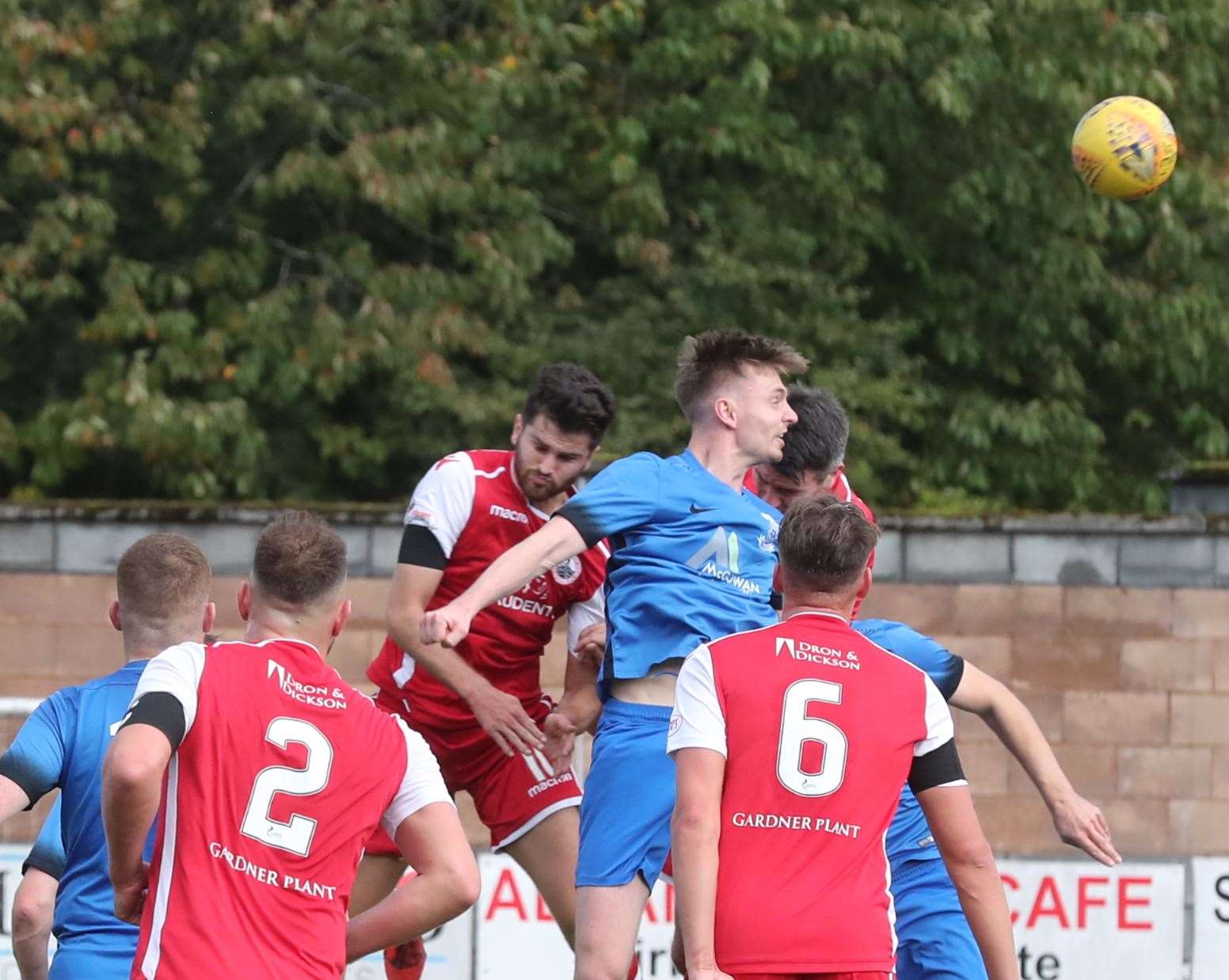 The second-round match at Forthbank on Saturday was the biggest game in the club’s history to date. It was the first time the Jags had reached this stage of the competition.

The Grantown side had been given a difficult draw against League Two opposition for the ground-breaking fixture.

But despite conceding an early goal and another just before the break, manager Gordy Nicolson was happy with his side’s showing.

He said: “The gameplan was to frustrate them and hope that we get a chance on the counter attack or through a set-piece.

“It would have been easy to feel sorry for ourselves after losing an early goal. But we dug in.

“If the score had been 1-0 at half-time then we would have had a chance of nicking something in the second half. But we lost the second goal at a horrible time.

“The boys still gave everything we wanted of them. We had some chances and two shouts for a penalty.

“On another day we may have got something from the game. We are disappointed to lose, but we weren’t expected to knock out a League Two team away from home and can take a lot of positives from the game.”

Ex-Jags forward Josh Peters, from Aviemore and currently the top scorer for the Binos, had to sit out the cup tie. He is still recovering from a calf injury which has sidelined him for the past four weeks.

Strathspey got off to a promising start and created an early opportunity when Richard Tawse’s header from a corner was saved by Albion keeper Blair Currie.

Stirling then took an eighth-minute lead as Sean Heaver sprinted in behind the Thistle defence and delivered a composed finish.

The hosts almost extended their lead after a scrappy period of play when a header from Lewis Hawke was cleared off the goal-line by Andrew Hardwick.

However, Albion were able to double their advantage just before the break when the lively Heaver latched on to a long ball forward to score with another neat finish.

Darryl Duffy blasted an effort over for the home side early in the second half, before the Jags were agonisingly close to pulling a goal back.

An improvised effort from Tawse using the top of his leg to direct the ball goalwards was tipped on to the bar and over by Currie.

Jags keeper Michael MacCallum had to produce a good save to keep out a shot by Paul Willis as Thistle remained competitive.

Thistle treasurer Mags Clark said it has been a great day out for everyone connected with the Grantown side: “Stirling were so well organised behind the scenes and so super friendly.We all had a fantastic day.”

Stirling Albion will now host Clyde in the third round. The Jags return to Highland League action this Saturday with an away game at a Keith side currently four points ahead of them.